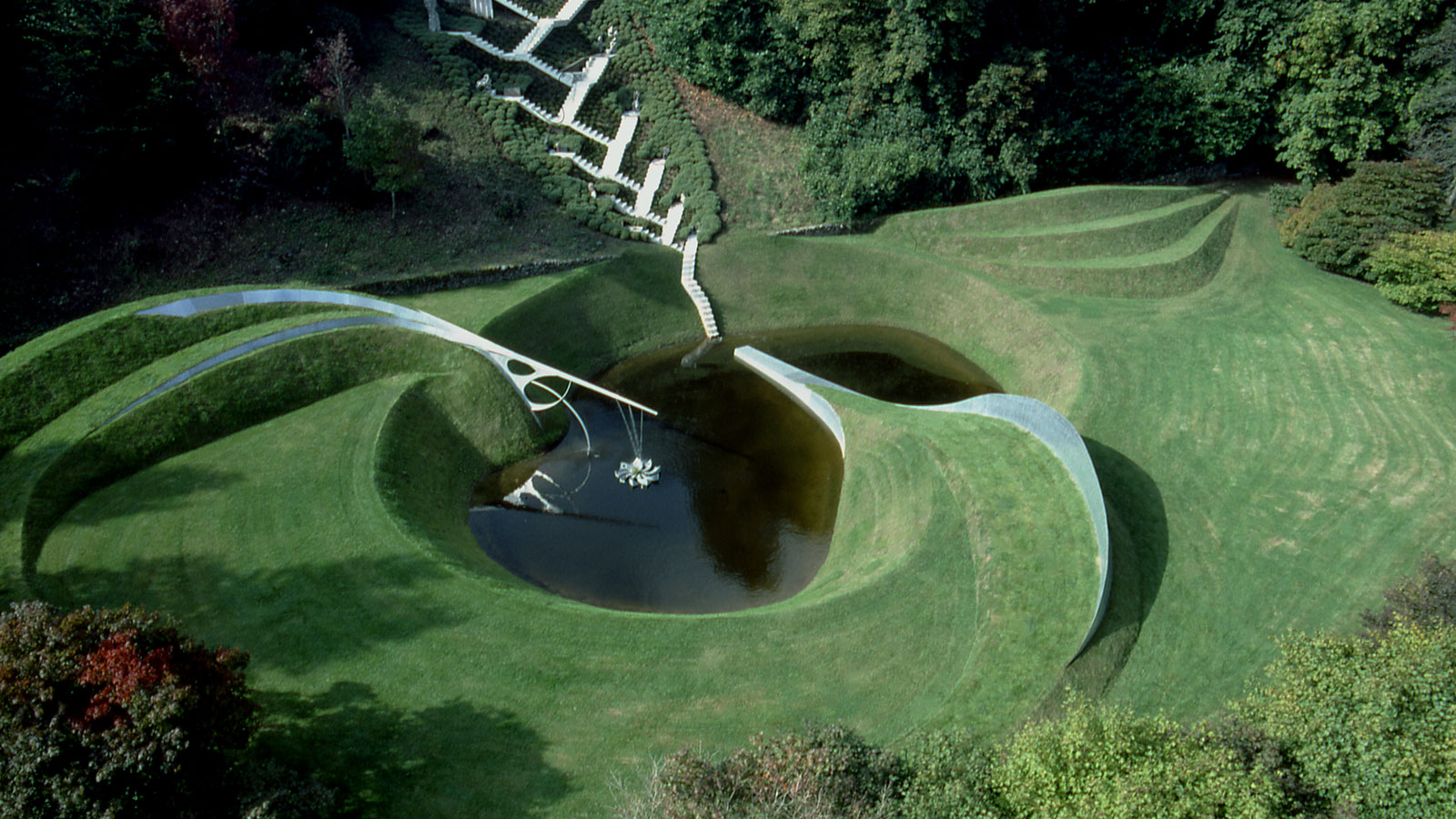 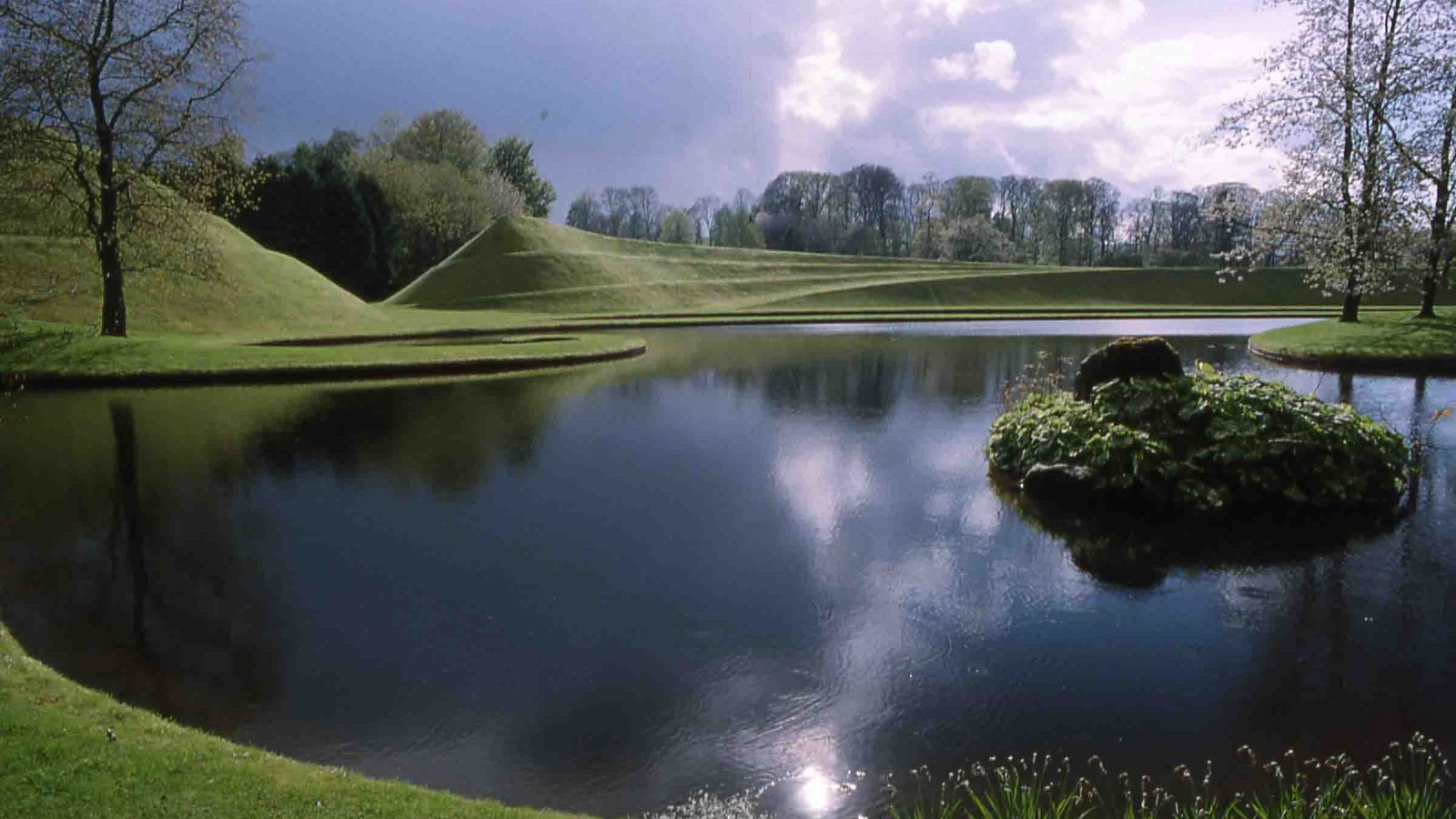 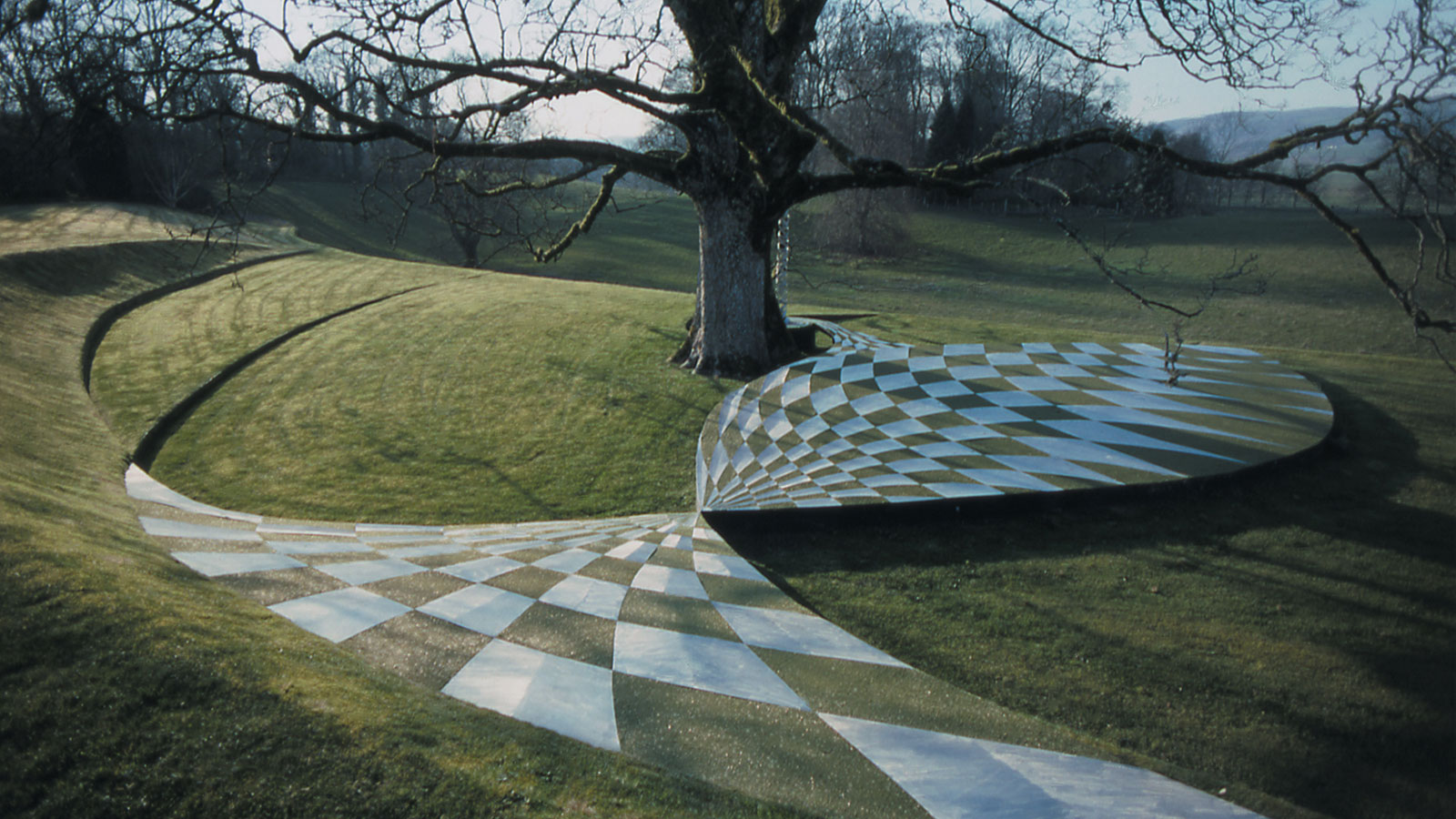 For the spring and summer, I am working on an ex-exhibit in the Merz Gallery in Sanquhar for the annual opening event of the Crawick Multiverse in Scotland, June 24-26th . Also, I am designing a new installation for this work in progress – all gardens and landscapes take a long time to finish, The Crawick Multiverse has at least five more years of work. My design in Italy for the Parco Portello will also occupy me, since a new South West garden has to be designed as a key entry way. So, it’s Scotland and Italy for the spring and summer. How do you continue to interact with the Garden of Cosmic Speculation?

I am there usually once every two months, and have the usual maintenance things to attend to, as well as an installation of new garden work – The Garden of Exaptation – that is, a garden based on recycling everything to show that nature not only follows Darwinian Adaptation.

Three artists that are important to you and three words describing each.

Paul Nash; Landscape from a Dream (sorry four words – it’s the title of his painting!)

David Hockney; multiple view collage. This picture shows one part of my scheme for South Korea, showing Hockney’s influence on this collage. What is your collaborative process with artists when creating works for your gardens?

We agree on the basic ideas, and then, each one follows his or her own concepts unfolding of them in physical and visual terms. And then we meet several times to agree on the problems and opportunities which arise, sometimes this takes many months or even years.

Which part of the creative process is most rewarding?

The original idea and first working out of a new formal response to the driving concept. Secondly, the installation of this idea and working out the unforeseen but provocative problems.

How do you think design and artistry should co-exist in garden-making? Does one or other hold greater sway?

I believe, and have written, on the parity between garden art and sculpture – installation. So, neither one holds sway. They have to be in extended dialogue, but in the end, one may have to defer to the other.

What are the challenges of garden-making in Britain today?

The priority given to aesthetic values, more than symbolic or conceptual ones; and the short term emphasis on the visual effects that don’t last more than a week.

Is there a period of garden history which holds particular interest?

The Italian Renaissance garden from 1430-1650 was particularly motivated by garden symbolism and produced some marvellous narrative gardens. Great prehistoric landscapes interest me, such as those around Stonehenge, and Brodgar / Stennes in the Orkneys; and also the great Parks movement in Britain and America which showed the way urban parks can change city life.

If you could make a garden around another area of science, what might it be?

I am working on a landscape of waves and weather at the moment, but I have in mind to tackle the question which has exercised so many people today, of the brain as a complex maze and the mind itself.

Did you know apple seeds from what’s thought to be Newton’s apple tree were taken to the moon and back?  What do you suppose is the point of this?

The astronauts were not hungry?

Are there areas of engineering you think might revolutionise garden-making in future?

Yes, materials science is coming up with all sorts of interesting artificial ways to extend nature. There are now very big 3D printers that are large enough to construct a small house and garden (although it is very expensive still). And we can imagine a new lightweight garden art designed around the amazing breakthrough in Manchester of Grapheme, which may be the strongest material in the universe.

The garden you visit most.

The Japanese Garden at Holland Park (because I live nearby), and of course, The Garden of Cosmic Speculation.