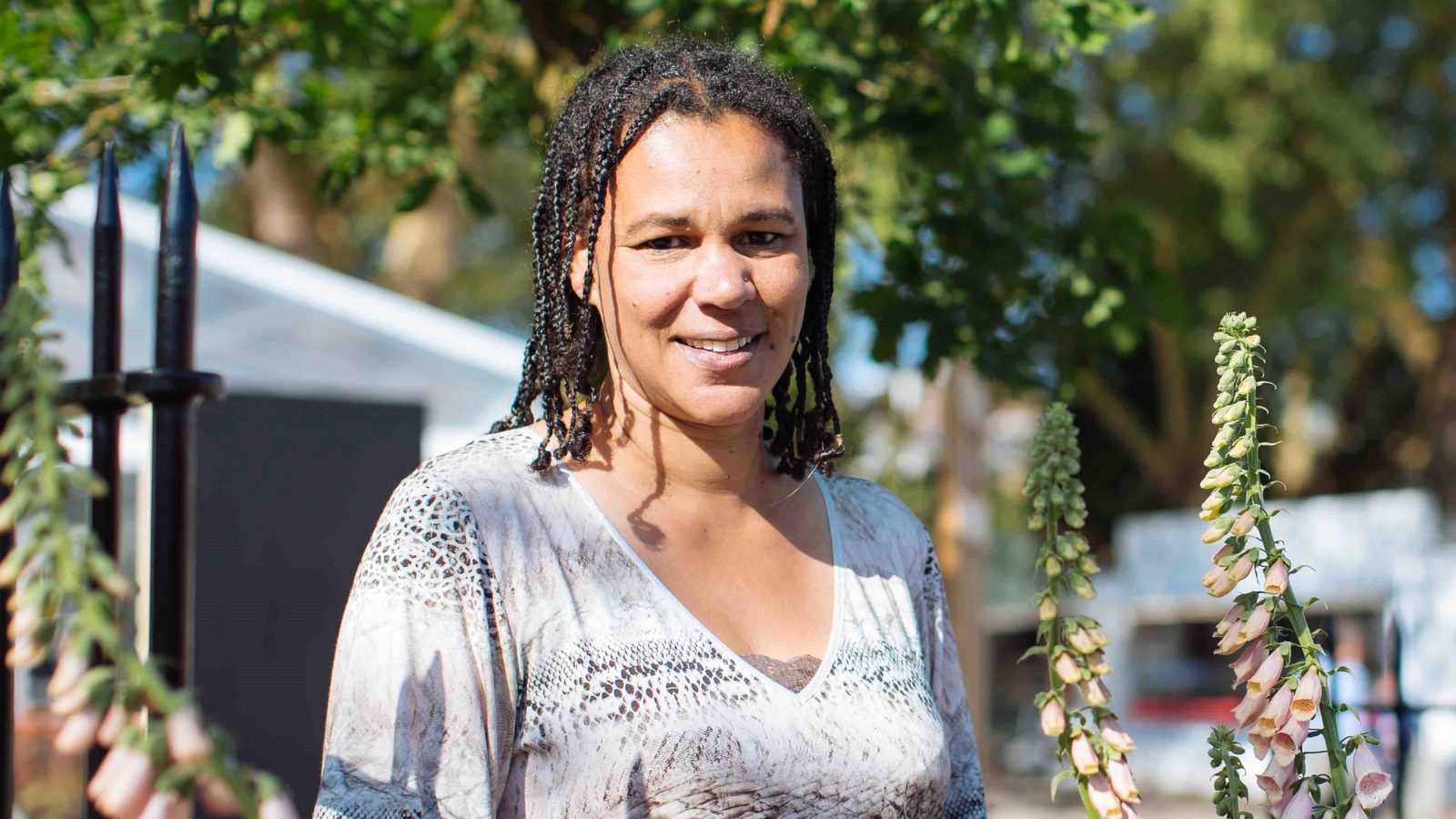 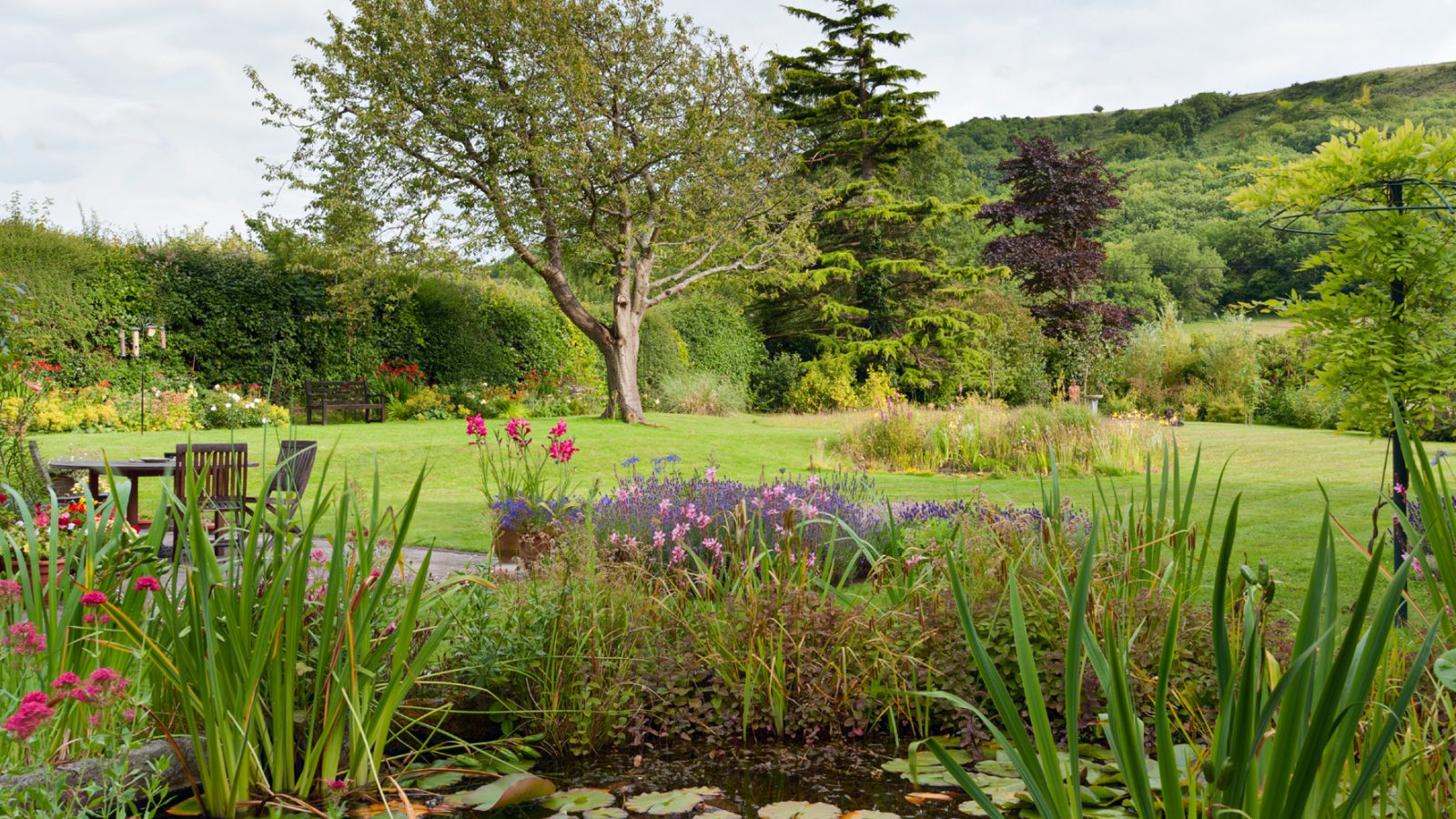 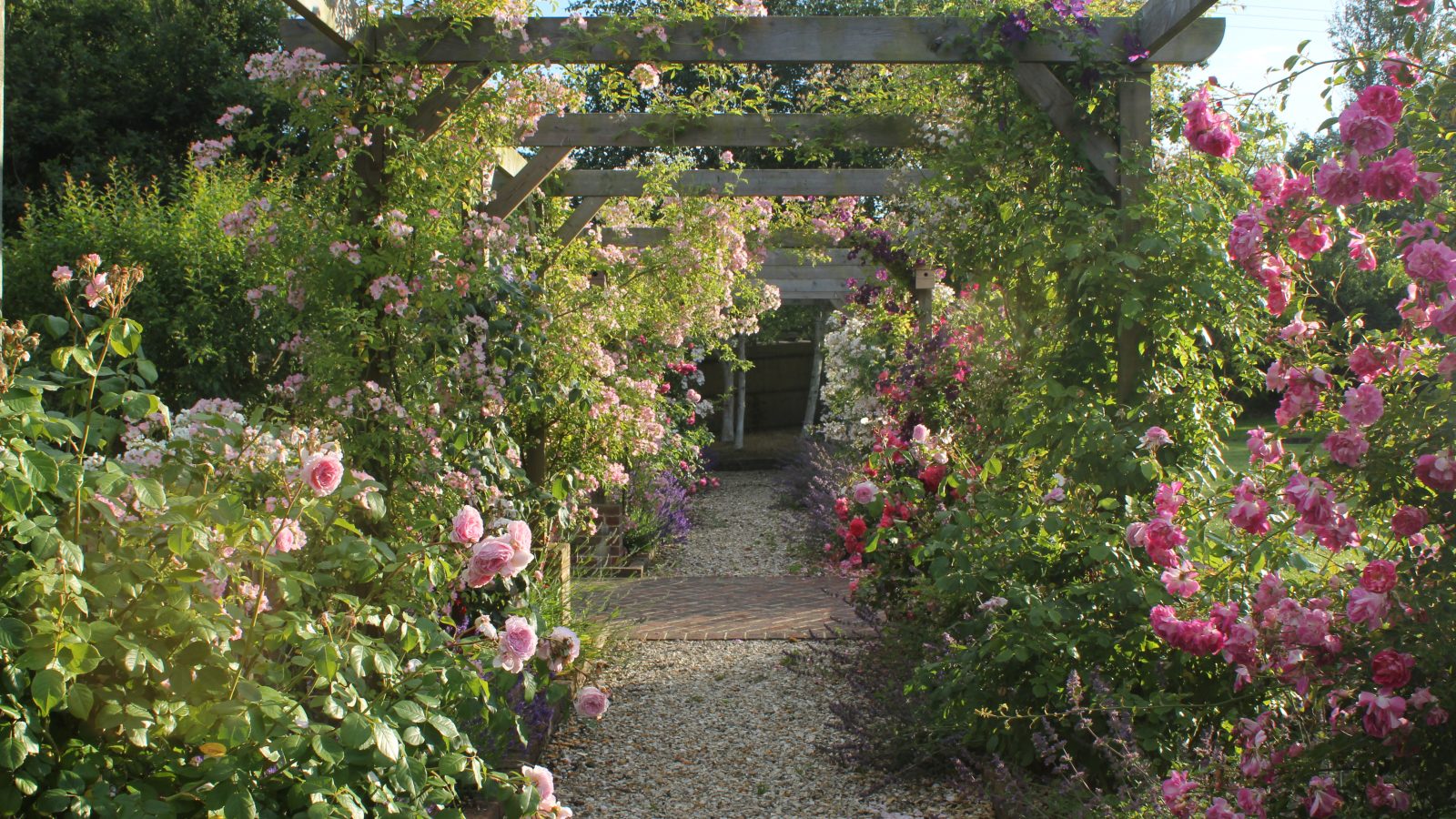 Juliet Sargeant describes her sleek new kitchen garden for this year’s RHS Hampton Court Flower Show, her journey as a creative gardener and the myriad other artforms she delights in taking a hand to.

Was there someone who fed your early interest in gardens?

My mother.  Like quite a few parents or grandparents do, she gave me my own piece of the garden and said this is your bit and you can do what you like with it.  That was really important to me and I loved doing that; fiddling about in my corner of the garden.  It was probably only a metre by a metre.  I think childhood is a really important time to introduce nature and the landscape, because children are naturally wide-eyed and interested in simple things, like watching a bean grow in a jam jar, or different coloured leaves in the autumn.

Do you have a favourite book or poem about gardens?

The book of Genesis.  Whatever your beliefs, the book of Genesis is a lovely, poetic book.  The description of God coming down to walk with Adam in the cool of the evening in the garden.  Life begins in a garden and it is scientifically correct that life begins with plants.  Without plants, there wouldn’t be any life on earth.  They feed us.  They give us oxygen.  Everything starts with plants and I love that idea.

In what ways do you think gardening is a creative expression for you?

When I am commissioned to create a garden for an individual or family, I see myself as the means of expressing their personality in their garden.  It’s definitely not about me.  So, I spend time getting to know them and especially how they currently relate to their plot of land and how they wish to in the future.  I love to see my clients better connect with the landscape through a love of their new garden.  That’s very satisfying.  Especially when they say ’We love it…. so how do we look after it now?’

Show gardens are completely different; a bit of self-indulgence. With these I do not have any practical constraints, except sometimes budget, and I can be much more abstract. These gardens are about me.

Do you make anything else?

Oil painting, stained glass, sewing, mosaics.  When I see something beautiful I just want to have a go myself.  Whether I actually create anything beautiful is for someone else judge.  I’m very much a ‘have a go’ person.  Over the years, I’ve tried various things.  Not that I have much time these days, but one of my dreams is to have a studio set up with my oil paints, glass and a sewing machine in one corner. Does your birthplace Tanzania inform any aspect of your work?

Not really.  I left when I was a baby.  But my childhood in leafy Surrey definitely does.  We lived in the big grounds of a boarding school, because my mum worked there.  I spent a lot of unsupervised time playing in them while she was at work.  I think that’s where my love of landscape comes from; having a great time outdoors.  A lot of my gardens are about recreating the sensation, emotions and positive feelings that I had then, with that freedom as a child. What is the inspiration behind your garden at RHS Hampton Court Flower Show this year?

This year it’s really different, which I like, because I enjoy variety and change.  I was invited by the RHS to do their feature garden.  They wanted a kitchen garden, to show people how they can grow their own food and to inspire them to do so.  So, it’s very practical.  The RHS is particularly keen to emphasise that you can do it, even in a small space or if you live in a city.  They wanted lots of ideas of how to grow your own and space saving tips.

I was keen to make it look different, because when we think of kitchen gardens it’s either a slightly scruffy allotment with tyres piled up full of potatoes, or, it’s a very olde worlde rustic potager.  I wanted to make a very contemporary looking kitchen garden, thinking of people living in urban settings. What was the impact of your Modern Slavery Garden last year?

One of the aims was to get the attention of influential people.  We were really pleased by the number of politicians, church leaders and journalists who showed their support.  Theresa May, then Home Secretary, came to the garden and we were really delighted.  Then of course Brexit happened and only a few weeks later she became Prime Minister.  During her first speech at Downing Street, she committed Britain to fighting modern slavery.  Although we can’t say it was because of our garden that she decided to do that, it was very encouraging for us that she came to the garden and only a few weeks later was standing at number 10 saying she was going to make modern slavery a priority in her work.  Then a few weeks after that she pledged, I think another £30 million, towards tackling modern slavery in Britain.  Then a few weeks after that she went to the UN and spoke to leaders about international cooperation on modern slavery as a global issue.  So, we just felt there was a mood and a movement and hopefully the garden was a positive, if small, part of that. Are there any barriers to emerging garden-makers?

The rich history of garden-making in Britain is a great thing, but it is also a difficulty for the modern profession.  Traditionally, it has been quite a humble pursuit and not very well paid at all and with no formal training until quite recently.  It is difficult, out of that history, to forge a modern profession.  I did one of the first, degree courses 20 years ago.  It is difficult for young people to get funding to go on training courses.  Once you’ve come out of your degree it is quite difficult to get a job with a garden design or landscaping practice, as most of them are very small. If you decide to set up on your own, it is quite a while before you build up enough client base to earn a living.  So, money and the newness of the profession are issues.

Clients tend to not really grasp the complexity of the subject; the amount of time it takes and the skill required to create a garden.  It requires horticulture, knowledge of the soil, building and hard-landscaping, engineering water features.  It’s a complex and broad subject and it can be difficult for clients to understand where the money is going, especially because much of it goes into foundations underground that they never see.  Also, because many people garden in their spare time – garden enthusiasts, amateurs –  a lot of people think ‘Well, I’m out here planting my dahlias.  What’s so difficult?’  They don’t necessarily separate their planting dahlias with imagining and creating a whole garden.

Apparently, one out of three medicines prescribed in Germany are herbs.  Do we need to look more to plants for medicinal use?

I think the work is underway.  There are plenty of herb derivatives used.  Having trained in medicine, I do not think there is anything magical about using chemicals in their plant forms.  It is the active ingredient that is important.

Your favourite medicinal property of a plant.

The next plant that is new to me.

Ninfa, Italy.  I waited years to see it and was not disappointed.